Revitalization or Gentrification in Vancouvers Downtown

2. Research: Use Google Earth or Google Maps technology and your own thoughtful opinions to answer the following questions.

A recent article from the local Vancouver magazine, The Dependent, discusses the rapidly changing situation in the Downtown Eastside and its implications: http://thedependent.ca/featured/gentrifiers/

In a group, answer the following questions:

Students play the game of Monopoly, but with a few additional rules, to understand the processes and effects of developing a neighbourhood in the context of an unequal playing field.

As the game progresses, some players are able to gain income and develop properties in particular areas, while others have to pay to pass through developed areas. If players cannot pay because they lack the money, they are banished from the area and even go to jail.

Based on your individual research, the article in The Dependent, and your experience playing Monopoly, what do you think are the advantages and disadvantages of developing the Downtown Eastside? 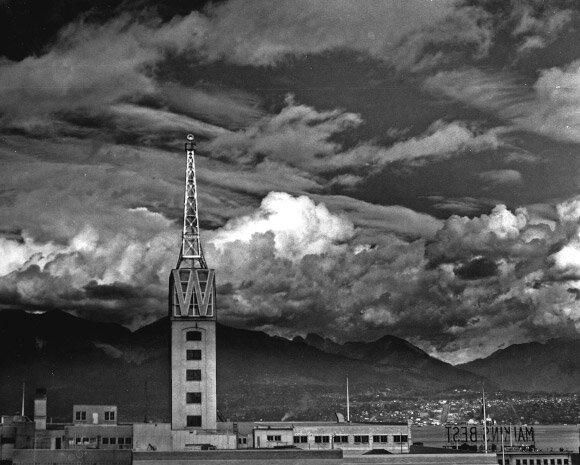 Save On Meats (4 of 7).tif (Photo name included for reference) 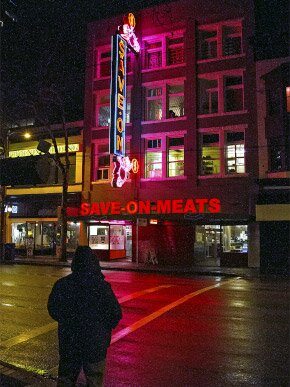 Save On Meats (6 of 7).tif (Photo name included for reference)

Audio
John Ethier said…
"I was working on Abbott Street on a construction job. I was there for about six months, so I used to eat lunch there five days a week…."
CLOSE FULL STORY
CLOSE AUDIO STORY

Audio
Mark Brand said…
"If you’re gonna bring back an icon, the icon is the icon. You don’t open Save on Meats and change everything about it..."
CLOSE FULL STORY
CLOSE AUDIO STORY

Audio
Helen Hill said…
"A woman says to me, "You always look for the Woodward’s sign. Because when you walk towards it, you’re in downtown..."
CLOSE FULL STORY
CLOSE AUDIO STORY

Audio
Liz Lee said…
"$1.49 days, who can forget that? I think they were on Tuesdays or something. You’d always remember that jingle. $1.49 Day, doo-doo…"
CLOSE FULL STORY
CLOSE AUDIO STORY

For a full range of lesson plans from this virtual exhibit and others, please visit: