Home
The history of neon in Vancouver

The history of neon in Vancouver

When you think of neon in Vancouver, what do you think of? Maybe the Cactus Club on Thurlow, Blood Alley Square's glowing whiskey bottles, or The Irish Heather's boisterous deer head. What about Yaletown's blue cloudscape that is part of the seawall art installation? Or one of the many antique signs lost to condo development? Or maybe it is Stanley Park's bright red totem poles advertising Canadian Tire. No matter how you define neon Vancouver, its history parallels that of Vancouver itself. It has seen boom times and busts, time periods where it flourished and new technologies that threatened to wipe it out.

Neon Vancouver was born in 1912 when the first electrically lit sign appeared on Davie Street, advertising The Olympia Cigar Company. This sign had two rows of single faced glass tubing with red letters inside facing outward. It was powered by a 4 horsepower motor and used 16-18 amps of current at 110 volts DC. Within the next 10 to 20 years there were over 100 similar signs lining downtown streets, all glowing brightly to attract customers into their respective businesses. From banks to clothing stores, neon invited customers inside for food, drink, tobacco or products. Neon was an advertising medium that could not be missed no matter how far you walked down the street.

Neon fell out of favor during World War II, as the government declared neon non-essential for the war effort. Neon signs could not be made or sold, and were banned outright in Vancouver until the end of the war in 1945. This was partly due to conservation efforts (neon is an energy hog), but it also served the much greater need of metal conservation for munitions during wartime.

The next wave of neon hit Vancouver from about 1950 to 1973, which coincided with a time of great economic prosperity that has become known as "the gravy train years". In 1955 alone, new zoning allowed business owners to put up bigger signage on their buildings and replaced bylaws from pre World War II days that had been hampering growth. Neon signs got bigger and brighter, while new technologies like channel lettering were invented. These channel letters hung on the sides of buildings and lit up in various colours.

By the way, there is a project called “The Visible City: Vancouver's Neon Stories” that explores the history of neon in Vancouver!

It is also funded by Canada's best online casinos casinocredo.com, which have earned such popularity among because of a number of advantages: rapid payouts, great game selection, 24/7 customer support, and some players have also given them their preference because of their trustworthy licenses!

The styles used for signage were influenced by other west coast cities, notably San Francisco's "Painted Ladies" homes that used vivid colours to attract visitors. This movement proliferated the style of neon throughout Vancouver into "the sixties", when it reached its peak along with hippie culture. However city planners started to see neon as an eyesore rather than a tourist attraction, degrading building aesthetics, promoting sex businesses and lacking in creativity according to some critics at the time. The drop in oil prices in 1973 brought an abrupt end to Vancouver's neontastic 1970-s era. The subsequent rise of the colour television and overcast skies during the winter months also contributed to a depressive effect, where neon signs started looking garish and out of place.

Neon Vancouver is not dead however. While its heyday was the 1970-s in Yaletown, Gastown and along Granville Street, there are still many examples to be found in Chinatown's bright street signs consisting of white lettering on a red background, in addition to a multitude of modified antique signs that decorate Blood Alley Square which were retired in their original locations for this purpose. Look around you when walking through the city today - it is quite likely you will see some kind of neon Vancouver from your car window or even strolling down the sidewalk. 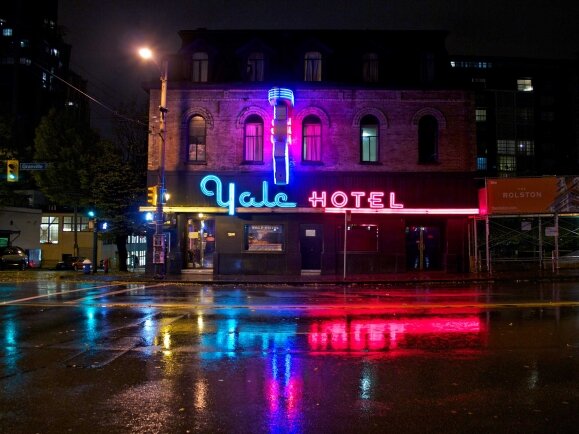 The Yale Hotel opened in 1889 to house CPR workers. In 1987, Waide Luciak established the downstairs pub as Vancouver's go-to spot for live blues. 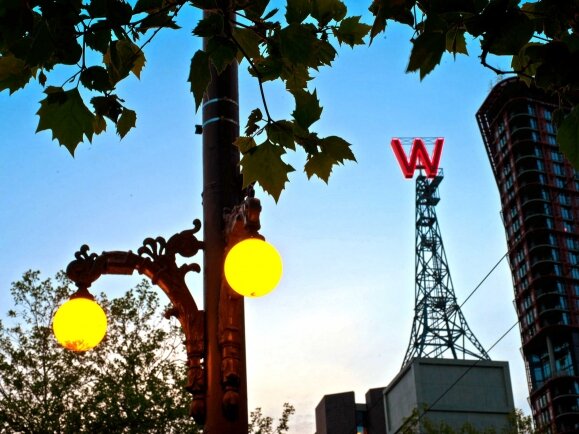 The Woodward's "W" has been a downtown neon landmark for decades. The new "W," installed in 2010, is lit with energy-efficient LED lights. 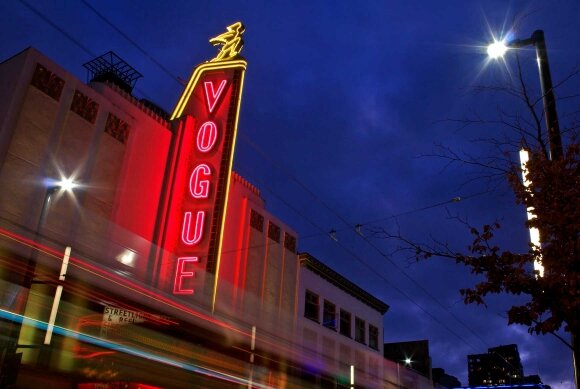 The Vogue Theatre opened in 1941. Its spectacular neon sign cemented the 900 block of Granville Street as the heart of theatre row. 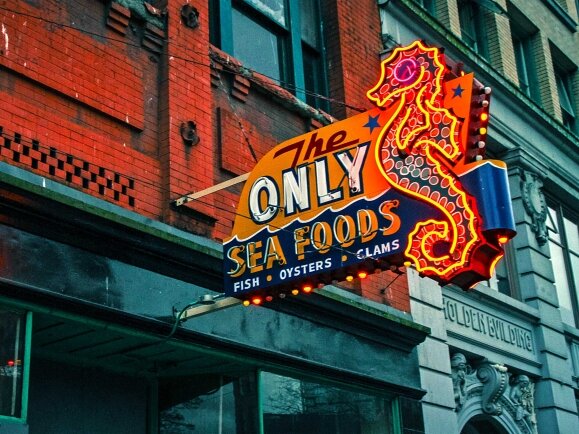 The Only opened in 1923 and was a beloved seafood lunch spot for decades. Plans are now afoot to re-open the Only as a social enterprise. 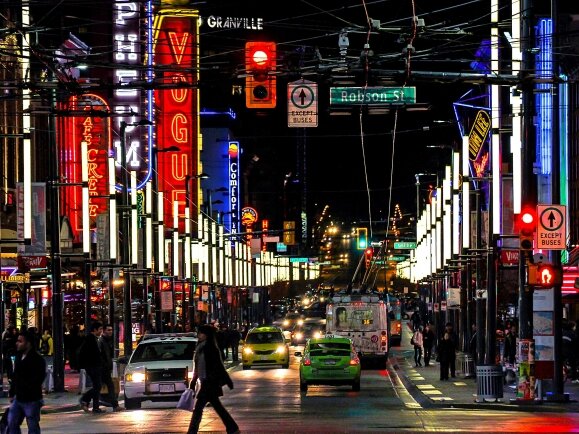 The white light installation that lines 10 blocks of Granville was designed to complement existing ambient light on the street.